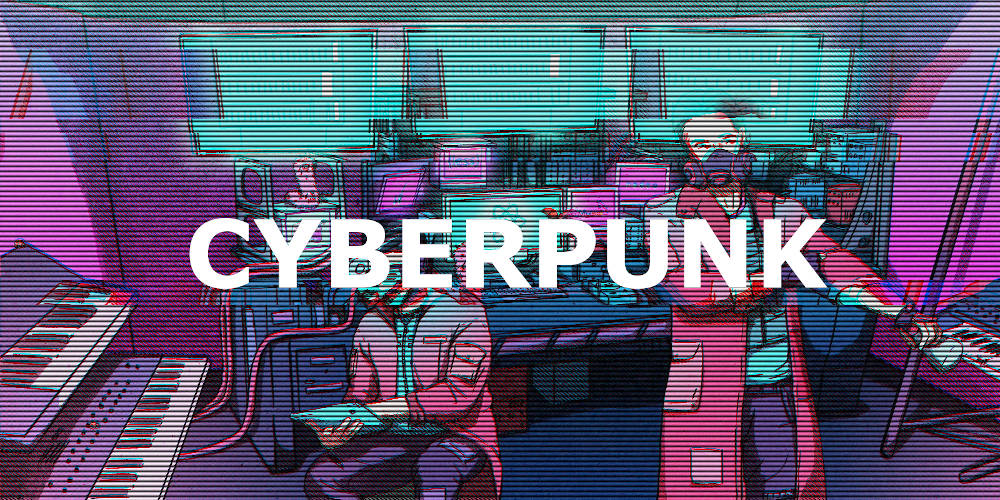 Some time ago we founded our b-team. A community of team members with the mission to renew our employer branding. And it took us some more time to even come up with first results.

Before taking a giant leap (as astronauts would say) we decided to take a little step and improve some of our branding with vapor wave imagery. Therefore, our agile coach Dominic created some visuals we could use for job campaigns and to print stickers for our team members. Our first kind-of-rebranded job campaign consisted of a little landing page where interested people could apply by submitting a Spotify mixtape. The campaign was a great success and reached a huge audience but we wanted to progress even further and started to think about what’s next.

An agile team should take an agile approach for side projects as well. We wanted to collect some data from our team but also from real applicants to find out what visual branding everyone likes best. That’s when we decided to look for and hire a couple of Fiverr artists to create a wimmelpicture showing our team members’ favorite items on their desks in different styles. We had four styles running parallel as Instagram campaigns and in a survey within our team. A bright modern, kinda bubbly comic style had to compete with an artsy LA fashion magazine collage picture. In addition we had science fiction 3D world visuals and, who would have thought, a cyberpunk style. Looking at the numbers it quickly became clear that our team preferred anything that was not a collage. So we had to check what the campaign data could add. And here we got a clear result. The cyberpunk visuals had been 10 times more successful than any of the other styles. Thus, we decided to proceed with it. Maybe, just maybe, it showed up more often because people were searching for the Cyberpunk 2077 game around this time as well. But hey, it’s a nice, technical theme.

A dystopian theme always looks nice and catchy but usually is far from being personal. That’s why we asked some more team members to provide their faces for our images. We wanted real team members depicted in their real jobs (or whatever their jobs would look like in a cyberpunk setting). And yet again, we reached out to our Fiverr cyberpunk artist of choice to have him design different background images that we could use on our thomann.io website. Iterating through a couple of feedback loops, we were stunned by the results. Hans Thomann standing at a hover bus stop next to a Bamberger Schlenkerla (smoked beer) vending machine. Team members hanging out wearing VR glasses and bugs flying through the scenes while Julia's pink llama duster breaks the dark imagery. Just awesome. We loved it and we still love it. On the other side of things, we changed our techstack a little last year. Our shop redesign came with a move from dust.js to Twig as a template engine. Hence, it was about time to move our thomann.io website to a more modern stack as well. While experimenting with Svelte and Sapper, it quickly became clear that a side project wouldn’t succeed when nobody has the time to learn a brand new technology. That’s why we decided to go with a more familiar stack for this page. The relaunch of thomann.io is built on Laravel (8 currently) in addition with TailwindCSS and Livewire.

Laravel provides a lot of convenient methods and functionality to have a fast and stable backend while TailwindCSS helps to focus on components and building instead of writing tons of CSS by oneself. What really surprised us was Livewire. Public service announcement: frontend devs should skip this paragraph.

Livewire simulates a single page application. "Simulates" in quotes because you can write components and asynchronous stuff in PHP instead of JS. This helps a PHP developer to create an SPA experience without cursing for hours and asking where the request data has gone. No broken promises, you know...

All in all, the new thomann.io has become a visually great site. Especially when you use it on XL breakpoint, above 1440px width. It’s responsive, it is connected to our Contentful blog and our recruiting tool, it’s easy to build new pages and components and it uses the amount of JS any PHP dev prefers. Close to zero.

Communities are our future

As mentioned before, this was a side project. We founded our b-team - which is our branding community - in August 2021 and took on the project. Communities give our employees the chance to work on projects apart from their day-to-day tasks. The only important thing is to be motivated to finish a project. Currently our b-team consists of 7 team members and one external person.

While Dominic (agile Coach) and Erik (external) took on the roles of UI design, collected photos of team members, and briefed/feedbacked our artists, I took care of the technical part. It's my only chance to write some code at work, so I was very happy to take on the challenge of building our little site.

That’s it. That’s the relaunch story of thomann.io version Cyberpunk. We’re still in the works to create a new logo that fits better with the imagery. If you want to be one of the first to see it, come by this website or follow us on Instagram. 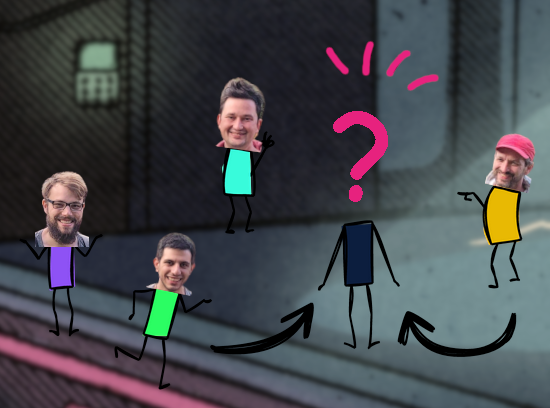 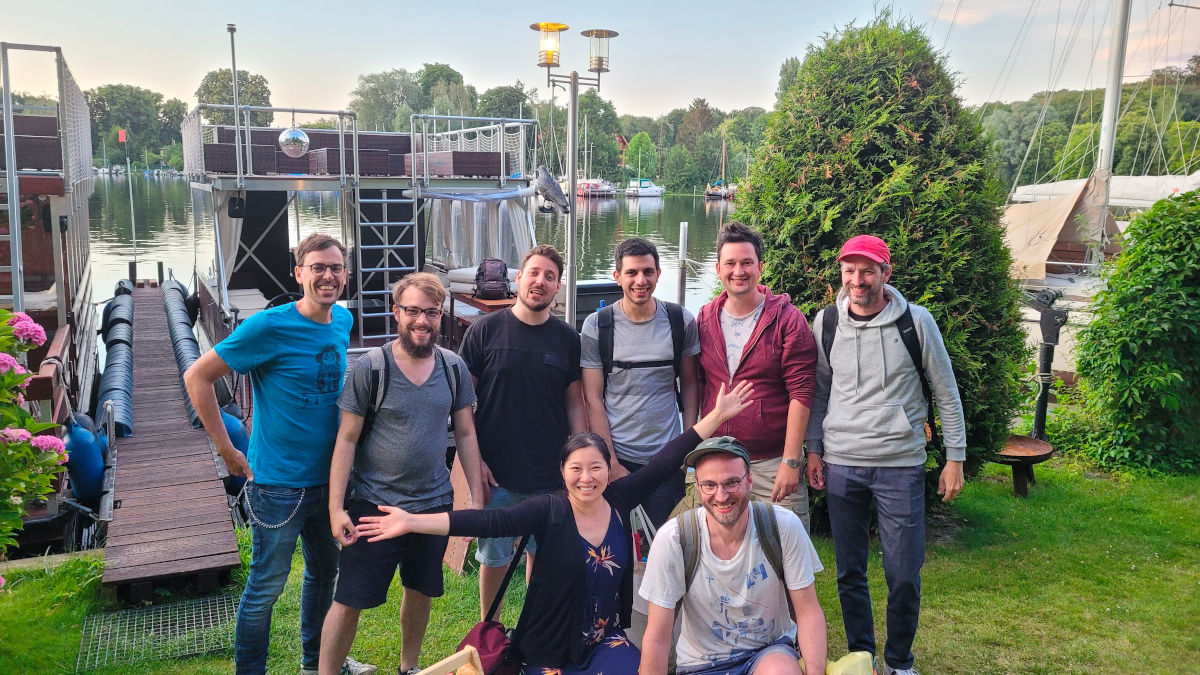 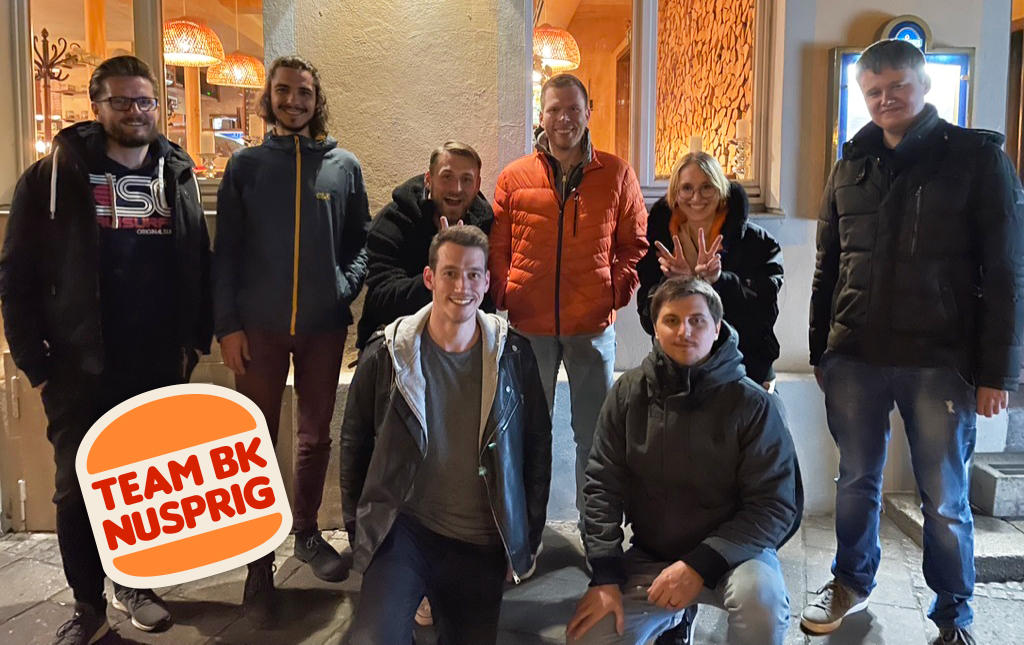